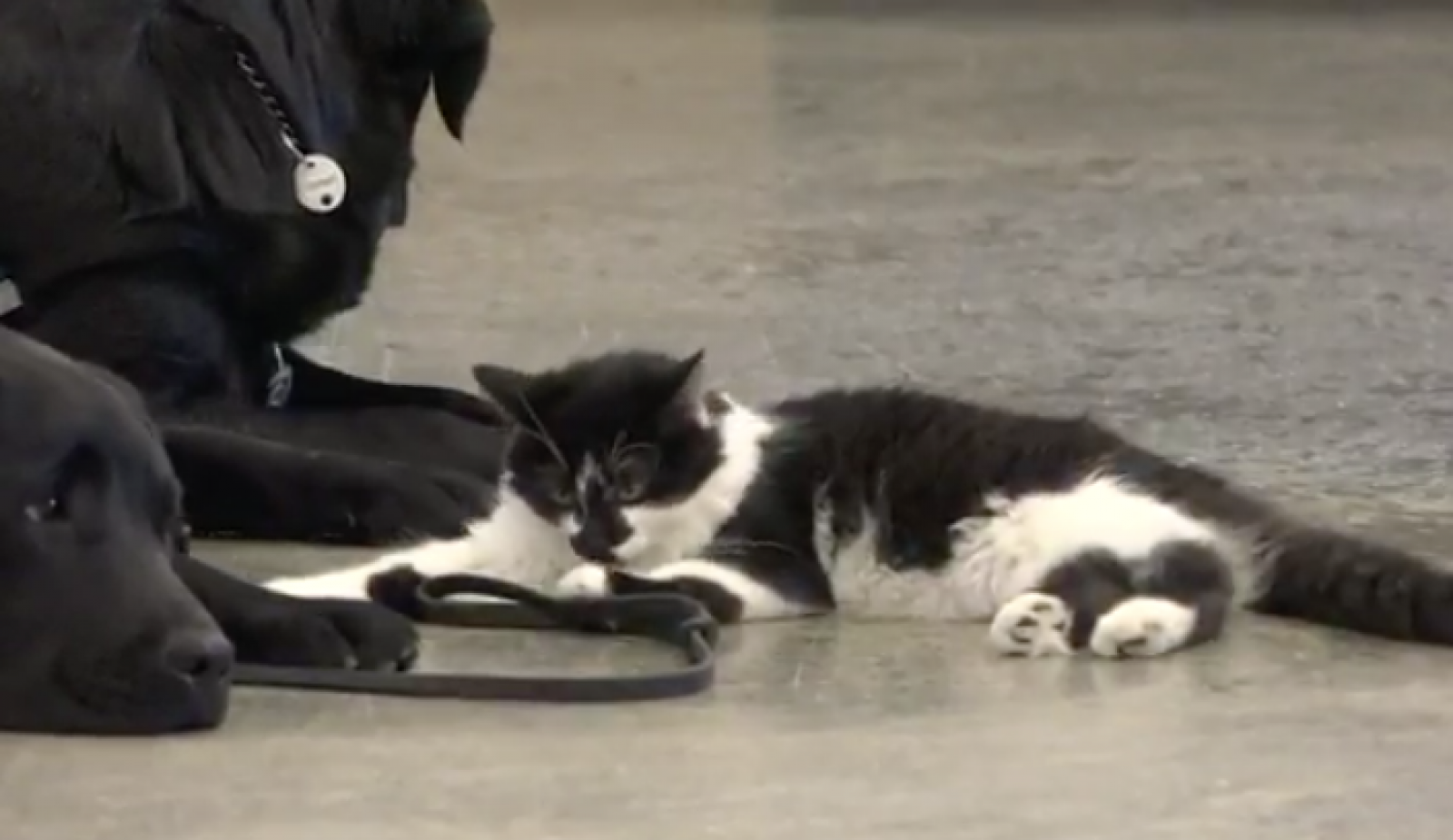 THE ASPCA® ANNOUNCES RECIPIENTS OF THE 2018 HUMANE AWARDS

NEW YORK (October 10, 2018) – The ASPCA® (American Society for the Prevention of Cruelty to Animals®) today announced the recipients of the 2018 ASPCA Humane Awards. They will be honored at the upcoming Humane Awards Luncheon on Thursday, Nov. 15th in New York City.

The awards honor animal heroes who vitally help humans or other animals in extraordinary ways, as well as people who demonstrate great commitment to assisting at-risk animals. Following a nationwide public call for nominations, an expert ASPCA committee reviewed hundreds of entries and selected winners in six categories including Cat of the Year, Dog of the Year, Kid of the Year, the Equine Welfare Award, the Public Service Award and the Henry Bergh Award.

“This year’s ASPCA Humane Award winners cover a wide variety of issues, locations, and approaches, but what they share is a deep commitment to protecting vulnerable animals and driving toward a more humane culture overall,” said Matt Bershadker, President and CEO of the ASPCA. “We congratulate and commend them, and hope these awards inspire even more animal welfare advocacy and action in others.”

NBC anchor Chuck Scarborough will return as the host of the Luncheon, which will take place on Thursday, Nov. 15, at Cipriani 42nd Street in New York City.

The ASPCA’s annual Humane Awards Luncheon will be sponsored by Crum & Forster Pet Insurance Group. Accommodations for honorees were generously provided by the Plaza Hotel, a Fairmont property. Additional support will be provided by West Elm.

This year’s honorees include:

Born without eyes and disabled back legs, Noah – a 3-year-old cockapoo – travels to schools in a custom-made wheelchair to teach kids valuable lessons about bullying, about not judging people or animals by their looks or disabilities, and about the difference between sympathy and empathy. Working with a specialized curriculum developed by his owner, teacher Lisa Edge, Noah embodies the message that even though people look different, we all have similar needs and are no less important because of our differences or disabilities. Nearly every day, Lisa receives thankful messages from children who’ve been bullied and find comfort in Noah.

When not in the classroom, Noah can be found at nursing homes, freely giving his love to seniors, or even skiing on the slopes of Wisconsin with custom-made skis to fit his wheelchair.

For overcoming his own severe handicaps to teach children valuable lessons about tolerance and acceptance, Noah is the 2018 ASPCA Dog of the Year.

D-O-G (pronounced dee-OH-gee) is the fearless live-in cat at Duo, Inc. His job is to provide unique behavioral training for dogs who are themselves in a two-year program where they will learn to either assist people with mobility and hearing impairments or provide emotional support to children and adults as they navigate the legal system.

D-O-G helps these dogs become comfortable around other animals, including cats, and avoid distractions as they focus on their work. D-O-G’s presence has proven to have a positive impact on Duo’s dogs, and the once homeless cat is now considered instrumental in helping service dogs get the training they need to support people all over the country and in Europe.

For his dogged dedication to helping other animals become effective and comfortable support animals, D-O-G is deserving of the ASPCA Cat of the Year Award.

A former homeless Labrador-mix born in 2013, Bear found his calling with Indiana fireman Todd Jordan as the first trainee in Jordan’s innovative program to train animals to detect electronic storage devices. Bear is the third police dog in the world trained to discover and identify these devices, a crucial skill in the collection of key evidence in child sexual exploitation cases and the successful prosecution of offenders.

After 10 months of training and work with the Internet Crimes Against Children (ICAC) Task Force, Bear was instrumental in the search of Jared Fogle’s house in July of 2015, successfully locating digital items that had been missed by the search teams. Bear has also played a key role in other high-profile cases, including the investigations of USA Gymnastics Coach Marvin Sharp in 2015 and USA Olympic Swim Coach Sean Hutchison this year.

Now living in Seattle with his partner and owner, Seattle Police Department detective Ian Polhemus, Bear spends 99 percent of his time on ICAC cases in the Washington area. Since 2015, he has been involved in more than 125 cases, 38 of which resulted in Bear recovering more than 100 critical pieces of evidence that would otherwise have been overlooked. Bear also provides emotional support to officers working in the stressful division as well as to children at the sites of the raids who may need to be questioned.

For his unique and highly effective contributions to integral police work, Bear is deserving of the ASPCA Public Service Award.

As the official animal welfare organization for the City of New York, Animal Care Centers of NYC (ACC) finds loving homes for tens of thousands of homeless and abandoned cats, dogs, and rabbits by adopting animals directly to the public, reuniting families with lost pets, and through partnerships with more than 300 local animal welfare organizations, including the ASPCA.

ACC’s impact on NYC’s animal welfare ecosystem starts with their mission-driven motivation to end animal homelessness in NYC. To accomplish this they have untethered themselves from outdated notions of shelter animal welfare and have embraced progressive ideas and programs that were never before deemed possible for a city shelter system of its size. As NYC’s only open admissions shelter – meaning they must accept every animal that arrives at their doorstep – ACC has become a model animal welfare agency, achieving an outstanding 93 percent live release rate in 2017. Adoption rates at ACC have also climbed 12 percent since 2014. And, since its inception in 2015, their surrender prevention program has helped more than 4,000 pets remain in their loving households and out of the shelter.

Improving the quality of life of NYC’s people, their pets and any animal that is without a home, ACC has taken animal sheltering to the next level. ACC’s progressive, collaborative and compassionate vision for the future of animal welfare has earned it the honor of the prestigious ASPCA Henry Bergh Award, named after the visionary animal welfare hero who founded the ASPCA in 1866.

The Dumb Friends League Harmony Equine Center is a national model in the rehabilitation and adoption of tragically abused and neglected horses, ponies, donkeys and mules that have been removed from their owners by law enforcement authorities. Serving as a central hub for horses from rescue groups in the Midwest and southwestern United States, Harmony provides these animals immediate medical care, treatment plans that help them gain weight and regain their health, and training programs that help them overcome fear memories, develop new social skills and learn to trust. Once the horses are ready, they are made available for adoption to responsible new owners through a thorough application process.

The Harmony Center received 303 equines last year and directly adopted out or transferred a total of 284 equines to partner groups for final rehoming. Since 2012 the Center has saved more than 1,300 horses, and in March of this year, opened its doors to privately owned horses in need of critical rehoming.

At seven years old, Roman McConn displays a compassion for vulnerable animals and a commitment to advocating for them well beyond his years.

For his fourth birthday, he asked for donations to a Texas-based animal rescue instead of gifts, and now makes heartfelt and compelling videos with homeless dogs to help them get adopted. These videos have gone viral, elevating Roman’s presence and his impact.

When not producing videos, Roman can also be found volunteering with Project Freedom Ride, a relocation network community founded by his mother, Jennifer McConn, which assists in helping relocate vulnerable homeless dogs and cats to areas where their chances of adoption are improved.

For dedicating his time, energy, and himself to helping at-risk animals find safe and loving homes, and defeating life-threatening stereotypes about shelter animals, Roman McConn is this year’s ASPCA Kid of the Year.

About the ASPCA®
Founded in 1866, the ASPCA® (American Society for the Prevention of Cruelty to Animals®) is the first animal welfare organization in North America and serves as the nation’s leading voice for animals. More than two million supporters strong, the ASPCA’s mission is to provide effective means for the prevention of cruelty to animals throughout the United States. As a 501(c)(3) not-for-profit corporation, the ASPCA is a national leader in the areas of anti-cruelty, community outreach and animal health services. For more information, please visit www.ASPCA.org, and be sure to follow the ASPCA on Facebook, Twitter, and Instagram. 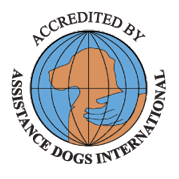